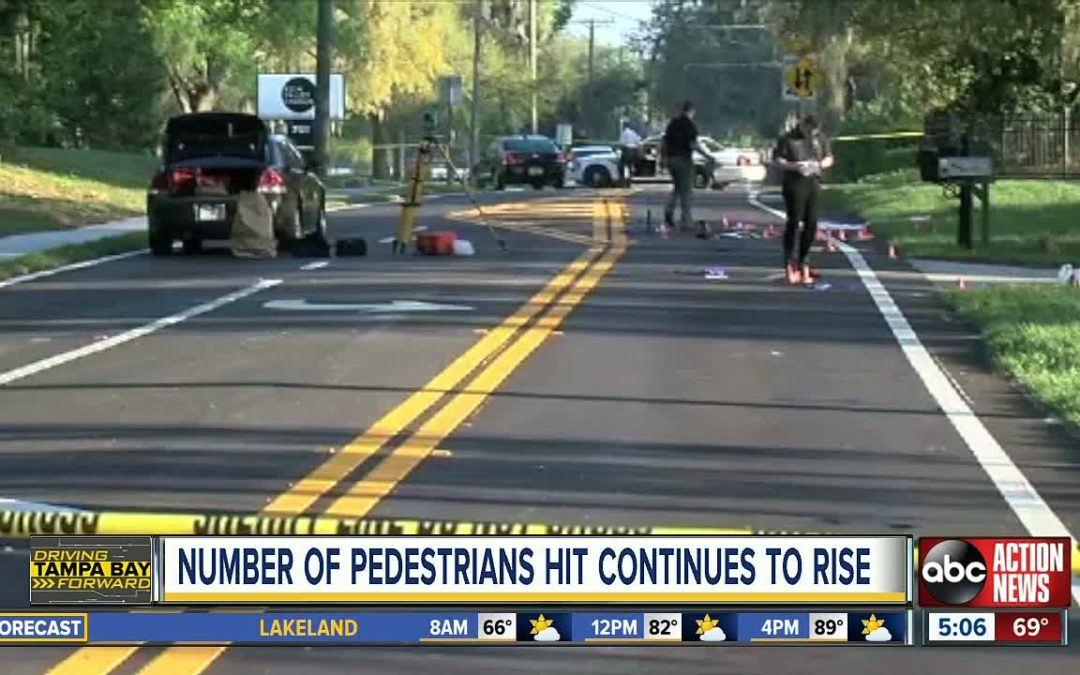 It’s getting harder to be a pedestrian in Tampa Bay — and the Sunshine State. A Dangerous by Design report from the advocacy organization, Smart Growth America, the region is among the top 10 deadliest places for pedestrians. Florida, where 5,433 pedestrian deaths took place between 2008 and 2017, is the most dangerous state for walking in the nation.

Smart Growth America analyzes pedestrian safety in different states and metropolitan locales to compile Dangerous by Design. The report says the Tampa-St. Petersburg-Clearwater area, where 900 pedestrians died during the same period we mentioned above, has the ninth-highest rate of pedestrian deaths.

The Orlando-Kissimmee-Sanford area poses the greatest risk to folks who like to walk around.

Six other Florida destinations — Deltona-Daytona Beach-Ormond Beach (No. 2), Palm Bay-Melbourne-Titusville (No. 3), North Port-Sarasota-Bradenton (No. 4), Lakeland-Winter Haven (No. 5), Jacksonville (No. 6) and Cape Coral-Fort Myers (No. 8) — landed in the top 10.

But two locales outside of the state did, too: Bakersfield, California finished with the seventh-highest rate of pedestrian deaths, and Jackson, Mississippi came in at No. 10.

From 2008 to 2017, Dangerous by Design found that drivers struck and killed 49,340 pedestrians, which is more than 13 people each day or one person every hour and 46 minutes.

“It’s the equivalent of a jumbo jet full of people crashing — with no survivors — every single month,” says the study.

What’s the cause? Dangerous by Design points to the streets.

“We’re not walking more, and we’re only driving slightly more than we were back in 2008. Yet even as driving got safer from 2008-2017, significantly more people walking were struck and killed,” the report continues. “This is happening because our streets, which we designed for the movement of vehicles, have not changed. In fact, we are continuing to design streets that are dangerous for all people. Furthermore, federal and state policies, standards, and funding mechanisms still produce roads that prioritize high speeds for cars over safety for all people.”